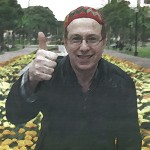 “With musicians like Richie Zellon, the future of Latin Jazz is in good hands.” – Luc Dellanoy (from the book,  Caliente: A History of Latin Jazz)

“If there is one contemporary musician who truly personifies the successful synthesis of the myriad pan-American genres into unconventional and compelling new forms, it is undoubtedly guitarist, composer, and all around music alchemist Richie Zellon”- Americas 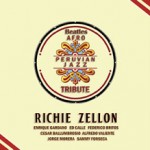 “A breathtaking album by Richie Zellon… This is a soulful, genuine homage to one of the greatest music ensembles of all time. But it is also one of the most revolutionary records by an artist who is, himself, credited by none other than Jimmy Heath, as creating (as far back as 1982), an idiom that has now come to be known as Afro-Peruvian Jazz. Labels apart, the record is a monumental achievement for its exquisite musicianship by Zellon on guitar and for his exquisite transcriptions in to a whole new realm as well as for his arrangements that retain the integrity of some of the most beautiful songs written by John Lennon and Paul McCartney.”

“If you are wondering what the Beatles music fused with Afro-Peruvian rhythms sounds like, this recording will come as a surprising revelation. A pleasure from beginning to end!”
– Julio Garcia BBC Mundo

Acclaimed by the press in Peru:

“Although many are unaware, thirty years ago Lima born guitarist Richie Zellon invented Afro-Peruvian jazz … Today we are reminded of this with his tribute to Liverpool’s Fab Four in the style of Peru’s creole waltz, marinera, festejo and landó . It is an unparalleled experience… Lennon and McCartney could well have played the jawbone and the cajón … sounds like The Afro-Peruvian Beatles. This is not the work of a magician. It is the work of an artist, a visionary. Listen my friend! “
-La Republica (Lima)

“Zellon gives the Beatles’ repertoire the Afro-Peruvian treatment. The result is impressive for being respectful and daring at the same time … The thought of introducing an Indian drone in ‘Can’t Buy Me Love’ or transforming the experimental ‘Tomorrow Never Knows “into a marinera (Peru’s national dance) cannot go unnoticed. “
-Diario Oficial El Peruano (Lima) 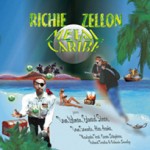 “On a program that stretches the boundaries of Latin and jazz into tantalizing new contours, Richie Zellon has entered a zone where strikingly dissimilar rhythms from throughout the Americas blend magically with unanticipated melodic detours and buoyant jazz improvisations to create a dazzling new idiom.” – Mark Holston  JAZZIZ

“On Metal Caribe, Zellon produces his most well-traveled, seamless effort yet, illustrating the common threads in music and cultural experience through endlessly surprising compositions and arrangements.”- JAZZTIMES

“Zellon makes a compelling case for Latin jazz as a new kind of international language on Metal Caribe.”- HISPANIC

“If there is one contemporary musician who truly personifies the successful synthesis of the myriad pan-American genres into unconventional and compelling new forms, it is undoubtedly Lima, Peru-born guitarist, composer, and all around music alchemist Richie Zellon”- AMERICAS 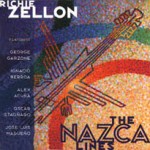 “Creativity and experimentation are essential for the evolution and enrichment of jazz. That’s why we believe that Richie Zellon’s work is very important as well as timely during a period in which Latin jazz is beginning to display symptoms of stagnation rhythmically as well as harmonically.”
-Elmer Gonzales  LATIN BEAT

“The Nazca Lines is an uncommonly ambitious effort that audaciously points Latin jazz in a new direction.” NEW YORK LATINO

“He’s a guitarist to keep your eye on, playing a style of Jazz Guitar he shares with no one.”  CADENCE MAGAZINE 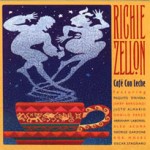 “This is what the next chapter in the merger of jazz and Latin music sounds like.”
– Bob Blumenthal  BOSTON GLOBE

“Utililizing a stellar cast of musicians, authentic instruments and unique arrangements, the Peruvian-born guitarist stirs up a percolating pot of rhythms…It’s an often challenging work which takes the oft-combined Latin and jazz areas to the next plane.” JAZZ TIMES

“An engaging debut that puts yet another twist on the ever-evolving Latin jazz movement…an album of musical depth and aural delights.” JAZZIZ

“Zellon has opened up to jazz a cultural tradition that has been largely overlooked on this side of the equator.” CD REVIEW

“Zellon’s composing and arranging skills are impressive throughout the album…based on Latin rhythms-from the familiar tango to the more exotic Afro-Peruvian festejo and lando…Its blend of jazz and Latin idioms is organic and original.” THE ORLANDO SENTINEL